my trauma story by lilynaph_3

im 14 years old, this is my first story and I wanna share that trama and abuse is not something we/you should be ashamed of. I wanna share my story but please be disclosed this may trigger some readers. when I was 6 years old my old brother had tried to introduce sexual behaviors that he had learned to me. He had laid me down on a bed and continued to do thing I had not consent to and continued to do that for many years after, I didn't think much of it. I was to young to understand what was happening to me was wrong and that it would follow me forever and make me feel alone as if I was the only person who this had happened to. Till I had figured out I wasn't my 3 cousins had been a victim to of the same person. we all had kept quite beside talking to each other, till I had enough and started to feel as if I would never get justice. Then I realized not only am I feeling like this my cousins were to and I could let them feel this way so I spoke up and it was hard because it was my brother and I knew it would ruin is life and what he had to accomplish in his future. But I had to think of not only myself but my cousin and the justice we all deserved. So I had tried to tell my mother after my uncle had triggered my memories by slapping my butt and she continued to support me and said "all never let anyone hurt you" and I was waiting and hoping that she would do something but she never did for months later. Till I just realized that she wasn't going to so I contacted my principal about it who had called c.a.s, which came to our house later that week and discussed what happened to me and my mother. my mother had no clue that c.a.s was contacted about this. But I she was understanding and continued to support my decision to speak up. And later after c.a.s had told me that police aren't going be involved which meant my brother would get no punishment for his actions. And that's how it's stayed, they havent even talked to my brother about it yet. He still lives with me and is currently 17 years old. By me sharing my story I really hope it encourages u to share your story and never stop fighting for justice no matter what it is that happen or is happening and neither will I. you never have to stay silent and no matter what everyone deserves justice. there are many ways to get the justice you deserve stay strong<3 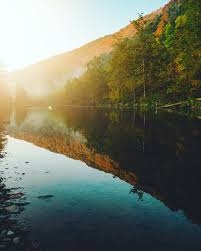