Hundreds of millions of people each year come to see the Rockefeller Center Christmas Tree, but most don't know how this tradition began.  SMALL ROOTS On Christmas Eve 1931, a group of construction workers bought a 20-foot fir tree. It was adorned with homemade decorations. Two years later in 1933, 30 Rockefeller Plaza opened and with it the first official Christmas tree was displayed with just 700 lights. The custom continued through the Great Depression. During World War II, trees weren't lit to comply with blackout regulations, but they were decorated in patriotic red, white and blue. In 1949, the tree was painted silver as if to appear draped in snow. AN ANNUAL TRADITION The first tree lighting ceremony was televised in 1951 on the "Kate SmithShow." Since then, famous celebrities and politicians have hosted the special each year. Though the tree is the main attraction, there are lots of other holiday fixtures around the plaza to see. The dozen wired angels first appeared in 1969. This year (2018), a new, 900-pound Swarovski Star is debuting, which contains three million crystals along 70 triangular spikes.Each year at the close of the season the tree is taken down and its wood is donated to the Habitat for Humanity foundation where it is used to build homes for those in need. 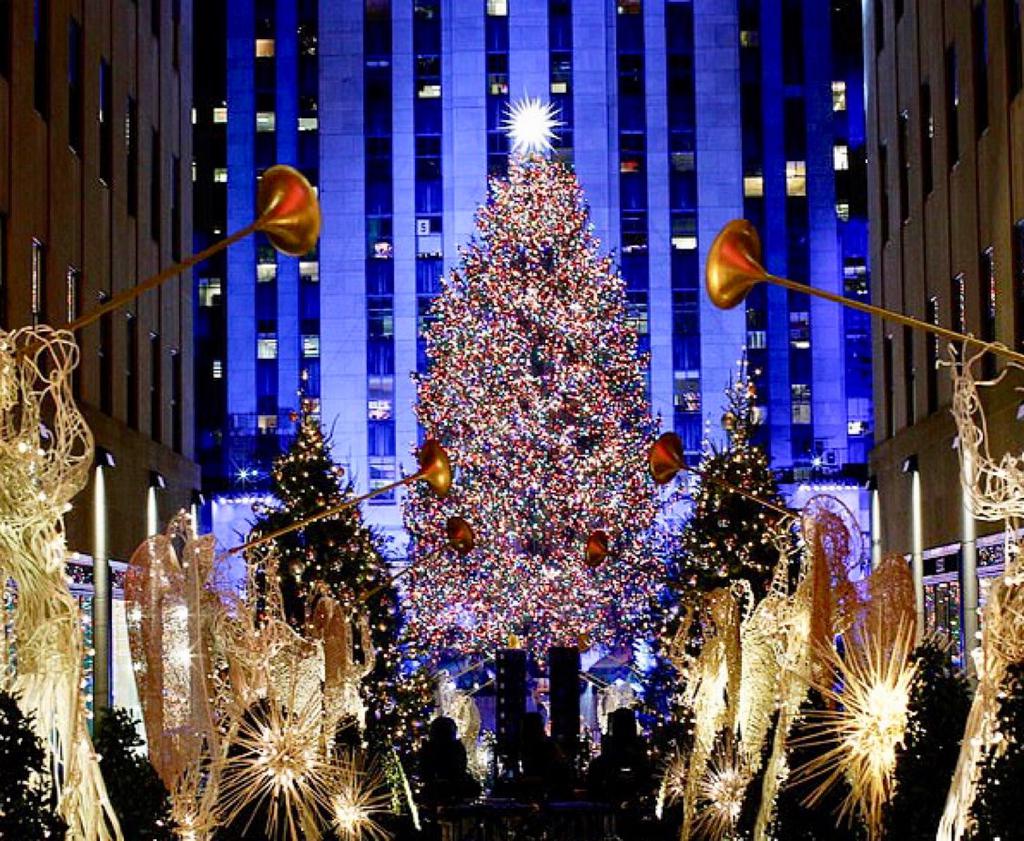